Call for Panelists, Sponsors and Endorsers!

As 2012 draws to a close the battle over civil liberties in the U.S. is escalating to ever higher levels.  The permanent injunction issued against indefinite detention reminds us that we can push back the assault on our rights.  The Obama administration’s appeal of this injunction only raises the stakes as the case nears the Supreme Court.  Meanwhile Muslim, Arab, and South Asian immigrants are enduring government surveillance, entrapment, pre-emptive prosecution, and conviction under Orwellian laws.  War-induced Islamophobia spawns horrendous hate crimes.  Racial profiling and biometric databases are being used to deport 700,000 mostly Latino immigrants a year.  Twenty four hour surveillance, “stop and frisk,” and a pitiful public defender system that pushes plea bargains rather than trial has put over 2 million people in prison and is rightfully dubbed a “new Jim Crow.”  All these new tools of repression are now being tested out on antiwar activists like the NATO five and the 23 Midwestern antiwar activists facing Grand Jury indictment.  Join us in a one-day conference to explore how best to mount our response.
Speakers to include leading figures from the Bill of Rights Defense Committee, the National Coalition to Protect Civil Freedoms, the Council on American-Islamic Relations, and the ACLU.
To Sponsor, Endorse, Propose Speakers and Workshops, or for more information Contact Dan at 860-985-4576 or daniel.adam.piper@gmail.com
For More See:
https://ctstopindefinitedetention.wordpress.com/ 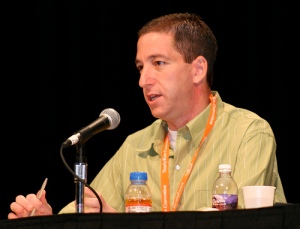